A Weekend of This 'n' That

I guess you could say that I wasn't really in the mood for a skull splittin' on this Saturday. My original intention was to do the whole barleywine thing at Sugar Mom's on Saturday, and that's about it. But, with the way I'd been feeling lately, it got pushed back a little in priority. Plus, I'd been wanting to get to the new Philadelphia Brewing Company in Kensington. With Rich Wagner there doing a presentation and all four of their new brews pouring, I figured I could squeeze it in and instead only do a half-session at Sugar Mom's. 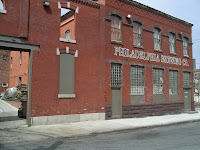 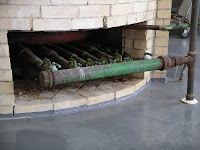 So a train ride, then subway takes me to within a couple of blocks of PBC. It was an incredible day for walking the city; I'd have considered getting off one stop sooner and walking if it wasn't for the rest of my afternoon schedule.

I'd arrived early enough to kibitz with Nancy Barton and Dean Browne about the new operation and near-term plans. Also got in a few words with Rich before he kicked off his presentation about the history of PBC...the name. Didn't know there was history behind the name, now did you? 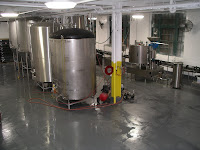 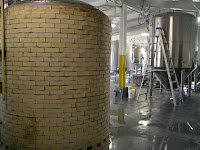 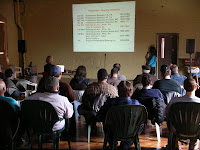 I sampled one of each of the new brews. I'd found the Kenzinger and Walt Wit around town during Philly Beer Week. So, it was a pleasant conquest to finally catch up with the Rowhouse Red and Newbold IPA. My recommendation still holds. The Kenzinger will become a local fave as an easy drinking, lawnmower-like, beer with a great local name. (Matter of fact, they've done a tremendous job on the marketing end...names, design, tap handles, etc...haven't they?) But, drink it either on its own or before getting into "bigger beers" as the Kenzinger's wonderfully delicate flavors get lost amongst higher ABV or more complex flavored beers. No matter, still a great session-y beer. 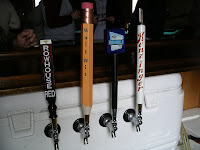 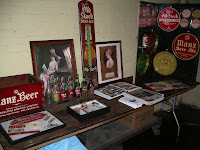 I cut out of PBC halfway through Rich's presentation (don't think he noticed me leaving behind the 70+ in attendance...congrats PBC on a nice first Saturday event) and headed back to Old City for Split Thy Skull (now in its 13th attempt to ruin your Easter Sunday plans) at Sugar Mom's. The crowd, as expected, was already fully lubricated on these big beauties. Indeed, three had already been kicked (Flying Fish, Stoudt's, and Founders). But, I still had the chance to appreciate the tasty bourbon-aged beer from Porterhouse and several others. 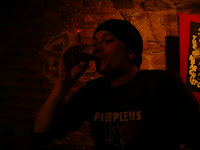 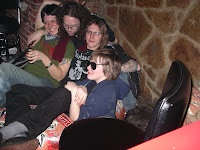 But, while I ran into some great people and sampled some very decent beers, I was longing for some easier drinking beers in an easier atmosphere. I love the subterranean atmosphere at Sugar Mom's, but just couldn't get myself into the proper STS mindset. Fortunately, I'd caught wind of a meetup of sorts over at Triumph. The couches in the back of the first floor, lower key atmosphere and good convo, a Schwarzbier and a Kellerbier were just what I needed to soothe me before catching the train back home.

I debated this last picture, but he insisted...so I present it to you for your indulgence. 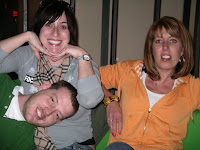